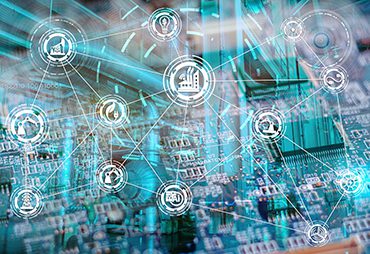 Seven years ago, when Mahindra embarked on a structured sustainability journey, the concept of sustainability was nascent. Most organizations were just beginning to feel their way through the topic. The dominant narrative at the time was sustainability as an add-on responsibility.

Mahindra never saw it that way.

Mahindra was crystal clear from the beginning that sustainability is a business paradigm. It’s an operational philosophy, a platform for innovation, and a powerful tool for building competitive advantage and measuring future readiness. It sent out a strong message to all stakeholders and to all Mahindra companies – Bristlecone included – that sustainability is strategic to business.

At the Global Climate Action Summit in September 2018, Mahindra Chairman Anand Mahindra, who also served as one of the co-chairs of the Summit, stated his commitment to a roomful of business and government leaders, scientists, students and nonprofits. “Mahindra will be carbon neutral as a group by 2040,” he said, “ten years ahead of the Paris Agreement target.”

The time to act is now.

Mr. Mahindra called this a pivotal time for global climate action. To meet Paris Agreement goals and head off the worst effects of climate change, he said we need to act now and science-based action, targets based on science, “are the only effective way to meet the challenges we face.”

Bristlecone is proud to be among the first 20 Mahindra Group companies to join Science-Based Targets, an initiative that champions science-based target setting in the transition to a low-carbon economy. At Bristlecone, we recognize that how we choose to conduct business will determine the state of the planet for future generations – and we’re choosing sustainability.

This site uses cookies. By continuing to browse the site, you are agreeing to our use of cookies.

We may request cookies to be set on your device. We use cookies to let us know when you visit our websites, how you interact with us, to enrich your user experience, and to customize your relationship with our website.

Click on the different category headings to find out more. You can also change some of your preferences. Note that blocking some types of cookies may impact your experience on our websites and the services we are able to offer.

These cookies are strictly necessary to provide you with services available through our website and to use some of its features.

Because these cookies are strictly necessary to deliver the website, you cannot refuse them without impacting how our site functions. You can block or delete them by changing your browser settings and force blocking all cookies on this website.

These cookies collect information that is used either in aggregate form to help us understand how our website is being used or how effective our marketing campaigns are, or to help us customize our website and application for you in order to enhance your experience.

If you do not want that we track your visist to our site you can disable tracking in your browser here:

We also use different external services like Google Webfonts, Google Maps and external Video providers. Since these providers may collect personal data like your IP address we allow you to block them here. Please be aware that this might heavily reduce the functionality and appearance of our site. Changes will take effect once you reload the page.